​The picture above is a 1977 promo picture of Merlin with David Hughes, Linda VanWa​ters, Bobby King and Claude Wooley.  By this time Linda and David had ended their relationship and Claude soon started a relationship with Linda.  Bobby met Peggy, a Houston musician & singer  and quit Merlin to start a duo with her.  Merlin continued as a trio until 1979 when the trio broke up, Bobby, Peggy and Claude joined a group in Houston ,TX called Branded with Faron Evans on vocals and fiddle and Eddie Parker on guitar. Linda was unable to find another band that was a good fit for her and in 1980 she became a booking agent for musical acts.  David moved back to Ft Worth, TX in early 1979 and started a duo, Reunion, with Coral Nuckols, a high school friend, after dating and later being married in December, 1979.​​ 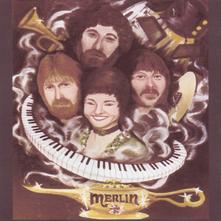 Above  is the photo of a painting on canvas by the maintenance man, Rudy  (his last name isn't recalled  and he didn't sign the painting) at the Sheraton Hotel in Gretna, LA just across the river from New Orleans.  Merlin played at that hotel several times and Rudy presented the group with this excellent and imaginative painting of the group which he took from a publicity photo.  We had it mass produced and used it as promo picture until Bobby King, the drummer left the group.  Rudy also invited  the band to his home on the bayou for lunch one afternoon with his family and  everyone had a great time.    Thank you Rudy. 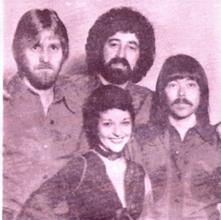 GODADDY MUSIC PLAYERS MAY NOT WORK WITH WINDOWS 7​ 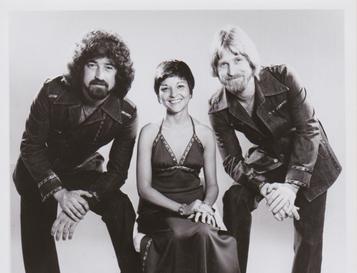 Merlin was formed as a duo by David Hughes and Linda VanWaters  in 1975.  The couple  spent many hours and days trying to decide on a name.  Then while sitting in the car listening to the radio before going into a Mall in Fort Worth, TX a song was played by the Moody Blues titled "Are You Sitting Comfortably?" that was about Merlin the Magician.  At that time both decided instantly that Merlin would be the duo's namesake.   While performing at a talent showcase in Dallas, TX the duo was selected by an agent who booked them for an indefinite stay at the Intercontinental Hotel in Houston, TX.  Merlin performed at the revolving restaurant at the top of the hotel for several months until signing with the Gerlach agency in Houston with Dave Vandiver booking the group.  In 1976 Bobby King was added on drums, trombone & vocals and the group recorded their first single record.  It was two songs with lyrics written by Dr. Thomas N. Corpening  from Houston, TX  about pet rocks to be included in his book of pet rock jokes and songs.  The music was written by David Hughes and the trio recorded at Soundmasters Studio in Houston.  Later in Autumn of 1976 Claude Wooley (not shown in the photo above) was added on Bass Guitar & Vocals and the group recorded their second single of original songs written by Linda VanWaters (lyrics) and David Hughes (music).  The songs were titled Why? and Who Are You? and the recording was done at Robin Hood Bryans studio in Tyler, TX.